THERE IS GOLD, AND A MULTITUDE OF RUBIES: BUT THE LIPS OF KNOWLEDGE ARE A PRECIOUS JEWEL.
Prov. 20:15

Ascension in a Nutshell 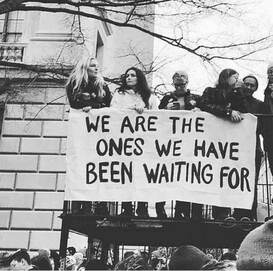 We come from all backgrounds.   We have struggled and climbed and fallen and fought back.   We've searched for truth and thirsted for spiritual knowledge for what seems like lifetimes.  And it no doubt was lifetimes that we've been at this in some form or another.  We all had an awareness there's something we're here for.   This is the goal for all our kindred souls.  And like going through grades in school to graduate one day, we knew that we must keep advancing our souls.   We're loving warriors for the Light from all walks of life.

In August 35 years ago we had the Harmonic Convergence where 6 out of 8 planets made a grand trine and we had the world’s first synchronized global peace meditation. It was a two-day event. I believe it was also the year when St. Germaine introduced the Violet Flame to Earth, a full ten years after the Law of One channelings. So we can see how so many healers believe that was when we entered the new age.  (A Tarot reading on this is on the Readings page for those interested.)

And, I can tell you this, we all had an evolutionary DNA upgrade.    The world we've known is about to end.   The one we're entering is one of peace, liberty, equality and harmony.

Notice that this era has been called many things: the Awakening Consciousness, the Age of the Golden Race, the Age of Aquarius, and the New 5D Earth.   It's all grouped together with Light Body Ascension, the Rods of God, DNA upgrade, Lightworkers, Starseeds, Wanderers, Indigos, The Higher Mind, Psychic Healing, Auras, Remote Viewing, The Oversoul, the Akashic Records, Star Merkaba, Chakras, Crystals, and Lucid dreaming on the lower right side of the map illustration on the next page.   As you can tell, this site is definitely a Lightworker site.    Lightworkers are blessed to be a part of that era.  And the younger ones too are blessed to hook onto this light stream as Indigos.

As the years slipped by we began wondering, well what is this mission?  And then wham!   We were hit with the painful Truth of this 3D Matrix which was shared in many fractured parts: some by the movie the Matrix of course, but mostly by the Earth Alliance.  The highlighted link goes to a page where there is a Great Awakening map that shows these and much more.   They have helped to expose a huge network of pedophelia within the elites of our worldwide governments and entertainment industry.   Between the trafficking and the latter, military tribunals have been intermittent for the past 5 years, and just recently, the Navy's JAG set up a dedicated child trafficking crimes division due to the feds, states and locals not doing enough.

So to be clear, the Great Awakening is not some organized religion or anything of any organized sort.   It's a DNA upgrade.   It's a part of the Divine Plan for Earth and this Solar System.    We all had a  DNA upgrade.  What we didn't know was that we were going to be awakening in the last few years of a millenia-long undeclared holy war.

Unlike the Alliance, we had to digest it all in a few  years.  But now we go forth individually, same as we learned, to help others swallow that red pill and awaken to this Shift.  There are millions of people helping to wake up others to the Plan, but not all of the helpers are into Ascension which is fine.   Their religion doesn't cover that.   But just like us, they're here for the children and to end the very evil Cabal and to help the Alliance.   They'll still ascend because they're not evil.

And not everyone wants to wake-up.   I  recognize their level of consciousness, and do not wish to dictate their being asleep.   The Universe allows for it.   Why, I don't know.   For whatever reason, it's the person's life path, I suppose.   I can't make their choices for them.   They have to make the choice for themselves.      I'm here if they want information or want advice.

At a soul level, their message would be, "Let us remember who we meant to be."  Slowly they are.  We are undergoing a collective reality shift.   It's really wonderful to witness masses waking up to the grand delusion.  The quickening of this movement is really nothing short of Divine.  It is living proof of Light extinguishing Darkness.  An awakening of humanity.  This momentum is getting stronger through our own DNA evolution, not through AI.

The time has come on Earth for her to move densities and we're so fortunate to be a part of it.   Advancing into the 5D reality is like labor pains.

There are, as always has been, major negatives happening on Earth.  And,  sad as it may be, many people are flatly determined to stay in 3D and drink the poison koolaid their mainstream media and junk tv spews at them every day.   It's their free will.  On 3D Earth, AI plans are in place for merging humans with chips, leading to the collapse of the sovereign human mind as we know it.  They're already putting hand-scans in place in certain grocery stores.

While, the new higher vibrational Earth is one of goodwill and a hunger-less, cruelty-free existence, and the souls who choose it make that shift just before any solar flare or "event" as some call it.

Until then, and it's soon, more and more are realizing that the news, for the most part, is not real.
Sadly there are still those were fired for not taking the shot and still have not been re-instated.   Businesses that were forced to close were unable to re-open.  Many committed suicide.  It's my belief they were martyrs for the Awakening. 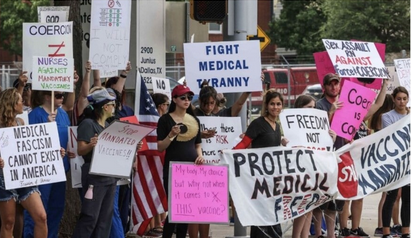 Of course, the controllers in charge of the media won't show you any of this, even though it's been going on in various cities and countries weekly for 2 years.     Kill the TV.   At least kill the mainstream media.

Download File
Find yourself good honest journalism to follow, and use a real legit search engine, not Google, don't trust Snopes or other fake fact checkers.   Check into them.    I did.   You would be shocked at what I unearthed.

Distance yourself from anything connected to the Beast system.   I was listening to a speech on graphene oxide, which is not only in that shot but is also getting into the foods, and there's the 5G towers that are about to be fully implemented and other coordinated things in the matrix and it was pretty scary.   I was checking into the cost of EMF detectors the class was talking about.

The speaker told us to be careful and to stay highly attuned to Source at all times.  I was thinking that I'm so very thankful that I ask Archangel Michael everyday for protection.   Later that day, still worried and scared, I came back and prayed to God, and asked Michael again to protect my home from those harmful energies.   I then opened my angel cards.   I didn't ask them anything, I just started moving them in my hands when right away the Archangel Michael card just "popped" out all by itself, and it read:

"I am protecting you against lower energies, and guarding you, your loved ones, and home."

Well, my dears, I don't have to tell you I nearly fell over in gratitude.   I kept that card out all the rest of the day, just smiling at it and loving its message.   I thank Archangel Michael every day for his protection.   It's really awesome.  His protection is flawless.  He can be with anyone who asks him.  If anyone is anxious or worried, call on him and he'll usher away the lower energies and surround you with light and peace.

This is a good example of  "We are never separate from the Source of Creation".   It is through this knowledge that we will always have the right answer on what to do next.   Listen to that "still small voice".

For 5 years now everyone's big question is, when is the big Disclosure? (meaning to the mass public.)   We just don't know because the good military Alliance is doing very covert work.    Until then we ALL have to do our spiritual work; we can't just sit back and wait for others to make things happen.  It's a real collective effort.  Talk about it.  Share your knowledge.  Pray for the children to end the evil.  This has been said to everyone who is passing this message along.  Spirit has said it to me as well.  Light dispels dark every time.

The only thing we can really bank on is that the truth will come out once the Fisa documents are unsealed.

Until then:   Let us remember who we meant to be.